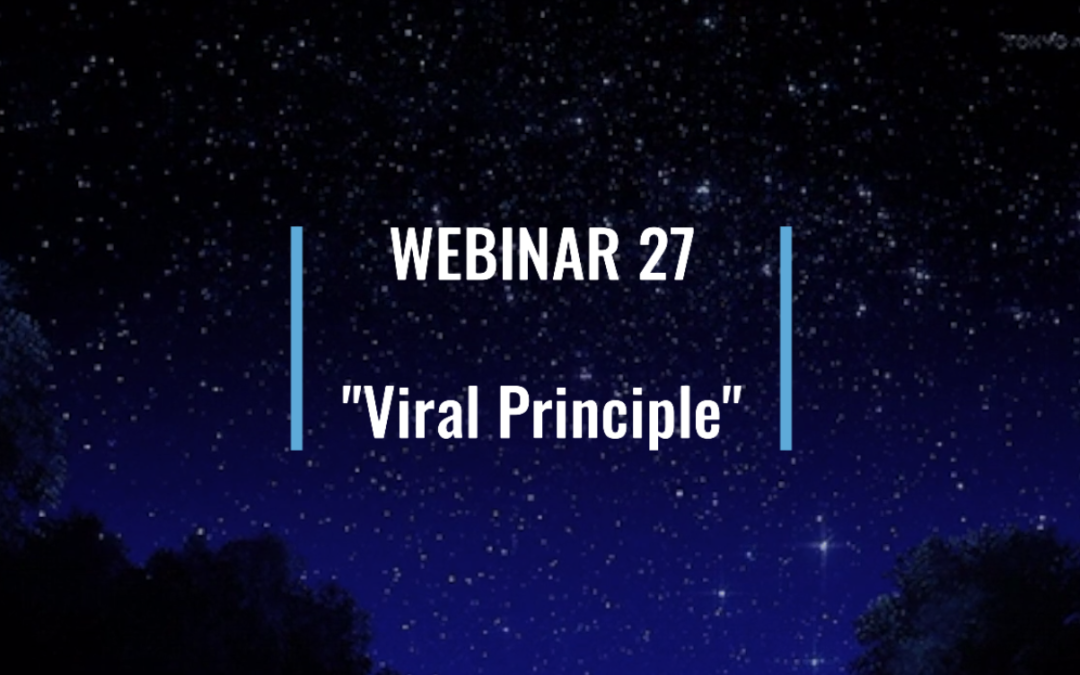 In the very last minute, this webinar was changed to discuss the Corona virus, and the “viral principle” altogether.