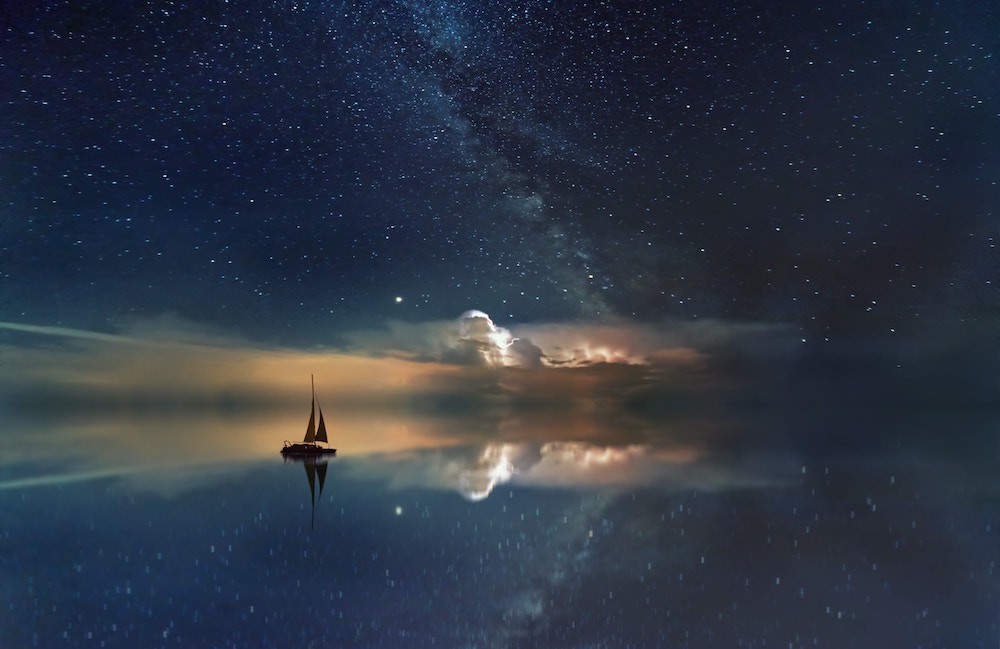 Lucid dreaming, which is when you wake up to the fact that you’re dreaming while still remaining in the dream, is the first of our nocturnal practices. The other three nocturnal meditations are dream yoga, sleep yoga, and bardo yoga. Lucid dreaming is the platform into the other three practices, and a fantastic journey unto its own. On one level, it is the ultimate video game, or home entertainment center. You can do virtually anything you want in the privacy of your own mind. On a deeper level, lucid dreaming provides a unique opportunity for deep personal growth.

The Next Iteration in Homo Sapiens’ Evolution

Neuroscientist Matthew Walker writes in his book Why We Sleep; Unlocking the Power of Sleep and Dreams, “It is possible that lucid dreamers represent the next iteration in Homo sapiens’ evolution.” Walker’s radical claim is supported by the tenets of Integral Theory, which espouses that evolution is connected to increased perspectives, and increased perspective is at the heart of lucid dreaming. When you wake up to the fact that you’re dreaming, you have a new and more evolved perspective on your dreams, what researchers call metacognition, which can then extend into daily life as enhanced self-reflection.

From the abstract of one scientific paper, neuroscientists from the Max Planck Institute for Human Development and the Max Planck Institute of Psychiatry have compared brain structures of frequent lucid dreamers and participants who never or only rarely have lucid dreams. They found that the anterior prefrontal cortex, i.e., the brain area controlling conscious cognitive processes and playing an important role in the capability of self-reflection, is larger in lucid dreamers. . . . “Our results indicate that self-reflection in everyday life is more pronounced in persons who can easily control their dreams.”

Lucid Dreaming is Sometimes Called a Hybrid State of Consciousness

Lucid dreaming is a rarified state of mind where the conscious mind can face the unconscious mind directly. It was scientifically proven in 1975 by Keith Hearne in England, then independently at Stanford University by Stephen LaBerge in 1977. Prior to scientific backing, lucid dreaming was on the fringe in the scientific and academic community. It was considered metaphysical mumbo jumbo or New Age fantasy – how can you be awake and dreaming at the same time? But science has shown repeatedly that you can.

In the last few years lucid dreaming has become quite the rage, the latest cool thing on the block. Lucid dreaming occurs across a spectrum, from micro “dreamlets” of lucidity that might last just a few seconds, to lucid dreams lasting up to an hour. When you wake yourself up from a nightmare, that’s a fleeting moment of lucidity, “Hey, wait a second . . . this is just a bad dream!” They also occur from barely lucid, when you think you’re lucid but not totally sure, to hyper-lucid, when dreams are more clear, vibrant, and real than so-called waking reality.

The Power of Lucid Dreams

Hyper-lucid dreams that last up to an hour are game changers. I’ve been blessed with a number of these remarkable dreams, and they have changed my life. It’s one reason I’m so passionate about these nocturnal practices. I’ve never had a near-death experience (NDE), but I suspect a NDE is akin to the transformative power of a sustained hyper-lucid dream. This is because both experiences touch into dimensions of being that are so foundational, so true, so undeniable, that one NDE or hyper-lucid dream is enough to change your life.

Lucid dreams work with the tectonic plates of your experience — your unconscious mind. And as any psychologist since Freud (who essentially discovered the unconscious mind for the Western world) can tell you, your conscious experience is largely dictated by unconscious processes. Backstage always runs onstage. So what you do “down there” when you dream can have a big impact on what happens “up here” in daily life. A relatively minor shift in a tectonic plate can have massive surface repercussions. In other words, lucid dreams can shake you up in a good way.

This is all great news, because lucid dreaming can be challenging at first. It means you don’t have to have these special dreams, even entry-level lucid dreams, all the time for them to transform you.

The Power of Light

A non-lucid dream is a “dark” dream, where “darkness” is a code word for ignorance, or non-awareness. In a non-lucid dream you’re dreaming in the dark, unaware of the fact that you’re dreaming. The light of awareness has gone out, and you’re left in the dark, buffeted around by the contents of your dream. A lucid dream is a “lit” dream, where “light” is a code word for awareness. Lucid dreams are dreams of light. The power of awareness has come back on, and you can now see in the dark. Now you can see where you’re going, and control the direction of your dreams.

Here’s some more good news: light is exceptionally powerful. A few weeks ago I was lying in the grass and staring into the nighttime sky. After about twenty minutes an amazing shooting start streaked overhead and briefly illuminated the entire night sky. I was so struck by this event that I did some research into shooting stars and was startled to discover that some of them are as small as a grain of sand! A tiny grain of sand, transformed into light, has the power to illuminate vast terrain.

Part of my spiritual training involves going into dark retreat. These are esoteric but traditional Tibetan Buddhist retreats where one goes into a pitch-black cabin for weeks or months on end (I’ll discuss dark retreats in the bardo yoga aspect of our Club). It’s a powerful way to face your mind without any distractions, and to see things never seen before.

Dark retreat is akin to the reason why astronomers place observatories on top of distant mountains, far away from any light pollution, or “distraction.” In so doing they can peer into the farthest reaches of the cosmos, and get glimpses into the origins of the universe. Similarly, dark retreat is an inner observatory, allowing you to see into the deepest reaches of yourself, and gain insight into the origins of the mind.

Whenever I go into these specially prepared cabins, it always takes a few days for all the light to be sealed out. I have duct tape and cardboard in hand, and spend a few days blocking out every last drop of light. It never ceases to amaze me how the tiniest pinpoint of light can illuminate so much space. The level of illumination is disproportionate to the source of illumination. Even our sun, which is 93,000,000 miles away, a mere dot in space, can illuminate our entire planet and bring life to every living entity on earth. Light truly has thermonuclear power.

The Illuminating Power of Lucid Dreaming

Dreams of light, or lucid dreams, have that same illuminating capacity and power. Not only can they illuminate the darkness of the night, making it as bright as day (and making your dreams as real as waking reality), but they can even outshine the light of the sun, and illuminate every step we take in our daily lives.

As the great sage Milarepa sang, “Not seeing day and dream as differing / This is meditation as mastered as it can be.” Lucid dreams can help us see our life in an entirely new light, and take our meditation to its complete fruition — where the night becomes as bright or lit as the day. In other words, we attain full lucidity or awakening at night and during the day, and bring awareness to all states.

This is why lucid dreamers are so passionate about their nocturnal adventures. These lit dreams are explosive. They deliver a blast of insight – and “outsight.” They’re a real bang for your buck, as we will see in our upcoming posts when we discuss the nearly unbelievable benefits of these special dreams.

Start the discussion at community.nightclub.andrewholecek.com